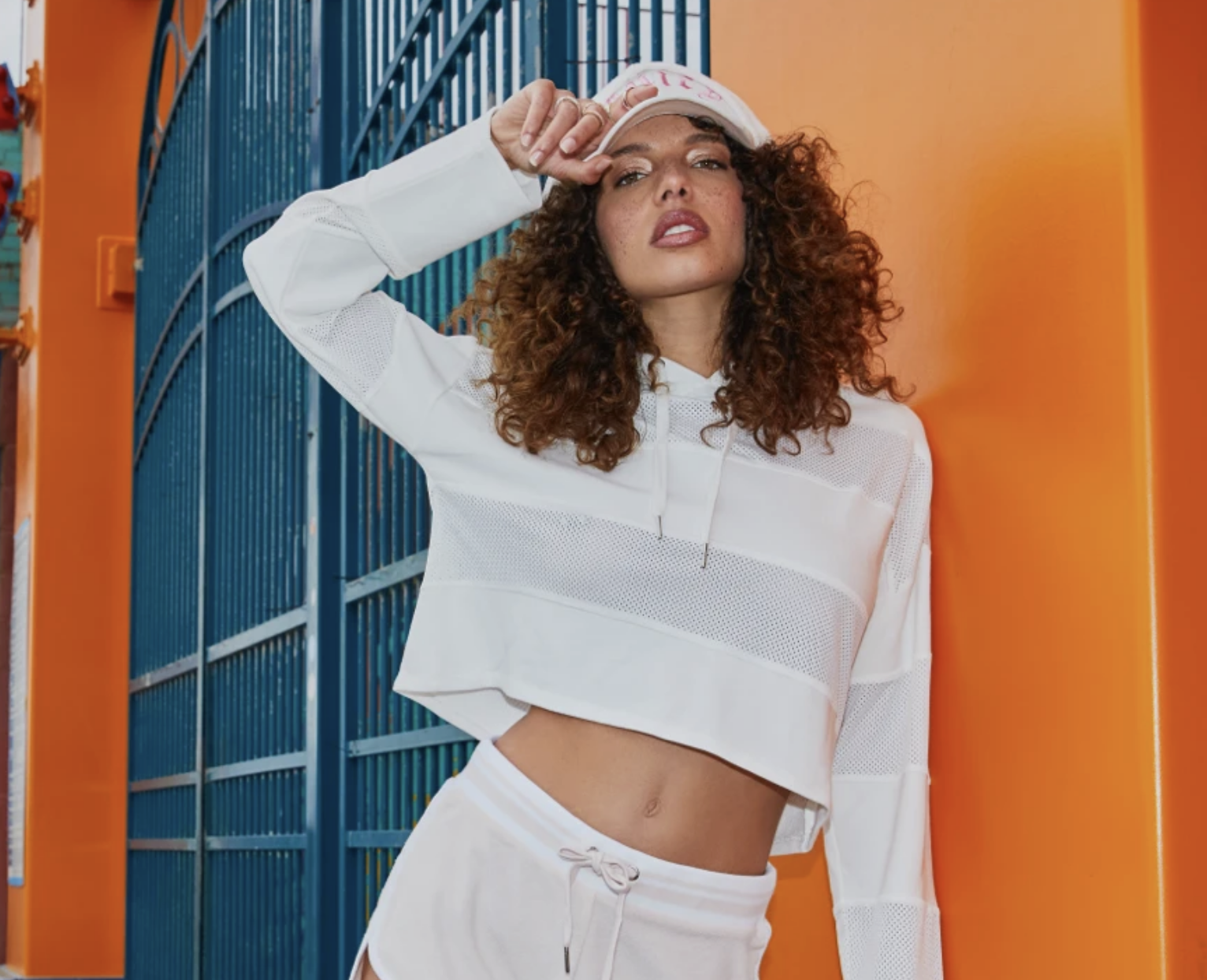 They were immortalized in shows like “The Simple Life” and in movies like “Mean Girls.” De rigueur for shopping Kitson and worn by the entire bridal party at Britney Spears’ 2004 wedding to Kevin Federline.

Juicy Couture tracksuits have made an indelible mark on pop culture — a rare case of symbiosis between fashion, celebrity zeitgeist and the socioeconomic climate.

The company was founded by Pamela Skaist-Levy and Gela Nash-Taylor — two Los Angeles women who, in 1995, felt like there was not a brand that serviced their needs for elevated, comfortable clothing. Within five years their initial $200 investment became a phenomenon for tight, pink and brazen sweats that ran contrast to the conservative politics of the George W. Bush era — becoming catnip for Los Angeles paparazzi, who photographed a generation of starlets at their high points and low stumbles in a uniform of Juicy velour and terrycloth. Skaist-Levy and Nash-Taylor initiated a global craze, well before social media and online shopping.

Read Next Article
RuPaul Has Literally Signed a Line of Balenciaga Music Merch
Fall 2021 Trend: Return of the Aughts

The brand marks its 25th anniversary this year at an oddly poignant moment. While Juicy, as it’s often simply known, had a meteoric ascent it also had as polarizing a decline — becoming an item of derision and symbolic excess in the aftermath of the 2008 economic crash. But its 25th year graces us during a pandemic, when many of us are suddenly wearing sweatpants again. In these fraught times, the brand’s optimistic outlook on loungewear — its sugar-coated aura, soft fabrics, rhinestone detailing and witty puns — offers new escapism.