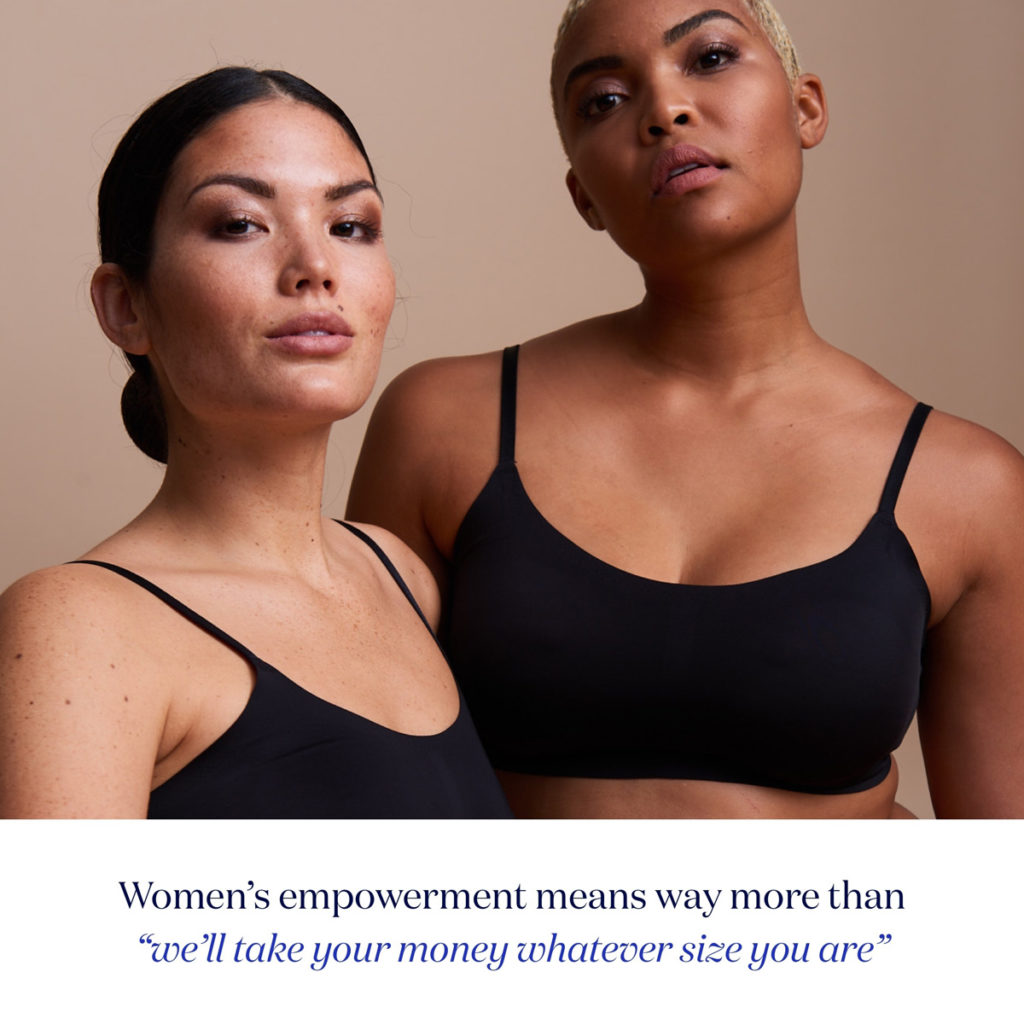 Direct-to-consumer underwear company EBY, however, is speaking out about this rebrand, stating the importance of championing all women at all times, regardless of whether doing so is culturally relevant.

EBY, which stands for “empowered by you” and was co-founded by philanthropist Renata Black and actor Sofia Vergara, launched a social media and digital campaign this week in response to the new Victoria’s Secret rebrand. The campaign focuses on fostering inclusion of all sizes and models and rejecting harmful beauty standards. The brand is also committing an additional $10,000 to fund microfinance loans for women around the world—a cause that’s been central to EBY since it launched.

EBY was founded in 2017 with the purpose of empowering women through both its garments and charitable partnership. With the new campaign, the brand aims to contrast its own approach with the legacy of Victoria’s Secret in light of the new rebrand.

“We’re women on a mission to empower women through business—at EBY, that’s been our raison d’État since day one, long before anyone deemed it ‘culturally relevant,’” Black, founder and CEO of EBY, told Adweek.

According to the brand, expanding size inclusivity, banning photoshop of models and rejecting harmful beauty standards is just the beginning of creating an equitable business model. EBY also partners with Renata’s the Seven Bar Foundation to commit 10% of sales to microfinance loans. This has resulted in over $300,000 in business loans to over 15,000 women in Columbia, Nicaragua, India and Haiti, with a goal to microfinance one million women by 2027.

EBY’s new campaign will run on social media and digital, supported by a paid media campaign, throughout the month of July.

The brand is one of many that challenged the Victoria’s Secret-style status quo in women’s lingerie and underwear over the past several years, leading a charge that has made size inclusivity and diversity in race, age and ability something of a requirement for womenswear brands. And while many see Victoria’s Secret’s new rebrand as a win for inclusivity, others argue that the company should be held accountable for the damage caused by its promotion of an unhealthy and narrow definition of beauty.